It is also the 10th anniversary of the honouring of William Cooper at Yad Vashem with a Chair of Resistance to the Holocaust being named after him and my husband Norman and I were privileged to be there for that event.

White Australia Has A Black History and Shattered Lives Broken Dreamsare on sale on Amazon as ebooks from December 5 at 8am PST to Dec 12 at 12am PST. It is a kindle countdown sale so the price starts at 99c USD if you get in quickly and progressively goes up.
Convert Pacific Standard Time (PST) to AEDT or your own time zone on https://www.worldtimebuddy.com/pst-to-aest-converter

The William Cooper Legacy Project invites you to a screening of our new video on the 82nd Anniversary of the very day that the Australian Aborigines’ League marched in protest to the German Consulate, back in 1938.
Arrive at 1.30pm for formalities preceding the World Premiere at 2pm  (AEDT) Screening
Sunday 6 December

All Covid-Safe protocols will be strictly in place – please be prepared to Sign-In, Sanitise, Wear Your Mask and be seated where directed.

BACKGROUND BRIEFING:
In preparation for this Sunday’s 2020 event, the German Government of today, on behalf of Chancellor Angela Merkel, were invited to reflect on the impact of the visit by William Cooper’s grandson, Uncle Boydie, to Berlin in 2017. Chancellor Merkel has now issued an unprecedented Apology for Germany’s 1938 actions… about what happened at the Melbourne Consulate on 6 December 1938.

On Sunday 6th December, will be the 82nd anniversary of an act of great moral leadership, where an Upstanding group of Aboriginal people took a stance on behalf of a distant population of persecuted Jews – that has since brought together 2 communities, who now Walk Together in solidarity evermore, connecting and healing.

And 10 years ago saw two seemingly-random and disparate events occur again on opposite sides of the world:
– In Jerusalem in December 2010, the most significant Holocaust Memorial in the world, Yad Vashem, hosted a group of 10 Aboriginal people along with then-Foreign Minister of Australia, the Hon Kevin Rudd, as he unveiled a Chair of Resistance and Resilience to the Holocaust, honouring an Australian from the Yorta Yorta “mob”, a man who lived many years at a place called Cummeragunja.

– And back in Australia in 2010, on Country, there was the Premiere of the Short Black Opera Company production of Pecan Summer, telling the story of the “Walk-Off” by a group of Aboriginal activists, from that very same Aboriginal Mission, Cummeragunja.

Both of these events have huge and fascinating back-stories – which each weave their way to a remarkable organisation called the Austalian Aborigines’ League, explored for us by educator and orator, Dr Lois Peeler AM.

This year, on 6 December 2020, the story will be told, including footage and photography from that (and other) trips to Israel, and to Berlin, Belgium and even Buckingham Palace.

Amongst other appropriate entertainment, you will get to witness the Prelude “Pecan Summer”, composed by Yorta Yorta’s Prof Deborah Cheetham and performed by the Melbourne Chamber Orchestra conducted under the Jewish community’s Dr David Kram.

Additional celebrity performances include Kate Ceberano, Lior and Paul Grabowsky, along with multilingual productions of cultural music like Ngarre Burra Ferra and the Partisan’s Song.

Get your tickets here > https://events.humanitix.com/william-cooper-legacy

Barbara Miller launching her 2 books on William Cooper the Sydney Jewish Museum Feb 2020. Barbara wrote “White Australia Has A Black History” and “Shattered Lives Broken Dreams”. The first focuses on William Cooper and the Australian Aborigines’ League’s Aboriginal activism and the second on their activism for Jewish people re their Kristallnacht protest at the German Consulate in Melbourne 6 Dec 1938. 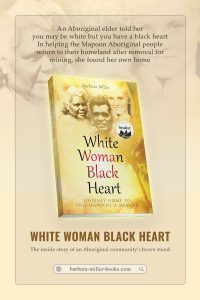 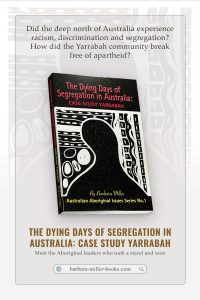