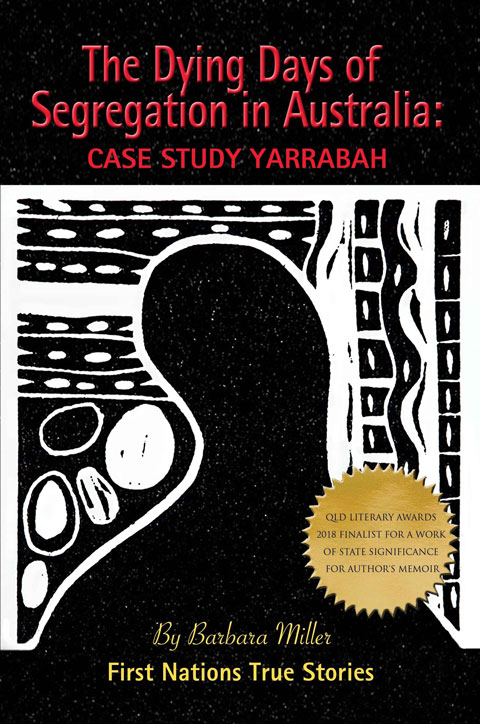 For history buffs, politics and Aboriginal affairs enthusiasts, this book is an eye-opening look at Aboriginal Affairs in Australia and in the biggest former reserve in Queensland – Yarrabah near Cairns. It is a must on the shelves of history teachers, University lecturers, students and those who like to keep themselves informed. What is different about it is you hear from the voices of the Yarrabah people themselves, their worries, their hopes and dreams and their reaction to the crushing legislation that has affected their lives. It is an amazing insider view from a writer that is close to the action. It is painstakingly researched and has been endorsed by a litany of voices – Indigenous and academic.

The author interviewed Aboriginal people at a time of historic change in Queensland, the far north of Australia, which has been likened to the deep south of the USA. No this is not South Africa. Remarkably, this is Australia. Indigenous people had been segregated on reserves for nearly 100 years ostensibly to protect them from white settlement which was wiping them out. Indigenous people had to have permits to live on, leave or visit a reserve and could be removed to another reserve at the will of the white manager or police. They had to have permission to marry or work.

Despite the federal government passing the Racial Discrimination Act in 1975, the Queensland government refused to change. Even within Yarrabah there were white only and black only sections of the town. However in 1984, a near-fatal blow to segregation was struck and the Yarrabah reserve started on its way to self-government, still a long tortuous process. Indigenous peoples were not allowed to have ownership to the reserve areas. That too started to change in 1982-84 with the DOGIT legislation. This book examines the human rights abuses of the Queensland Aborigines Act and the legislation of 1984 that replaced it.

Now the author has returned to her subject and examined the last 30 years as she brings the topics of segregation, self-determination, local government and land rights up to date in 2016, visiting the historic Mabo and Wik native title cases and their aftermath. The case of Yarrabah is put into national context as the author examines the dying days of segregation in Australia. Here is what others are saying:

This is an excellent coverage of the milestones in the contemporary historical coverage of our Indigenous Queenslander’s struggle for land rights and freedom from the autocratic control of government.

Dr Timothy Bottoms,
Historian, author of Conspiracy of Silence and A History of Cairns

I strongly recommend this book. I can testify that I have lived in this era, when segregation was in its dying days … with white only and black only sections of the town at Yarrabah.

By shining a light on the political and policy landscape of the last forty years that has shaped the Yarrabah of today, this book offers much to ponder when considering Yarrabah’s prospects for the future…

It is entirely appropriate that Barbara Miller is the one to write an update on Yarrabah’s efforts at self-determination and land rights as … we contend with the “hydra- like monster” that she calls segregation.

The Yarrabah mission was one of the first to have its Aboriginal hostages aired in the Australian High Court in Neal v R 149 CLR 305 (the spitting case)… This book should be a standard school text book.

As a 71 year old survivor of the Yarrabah experiences, I am now finding peace for myself … as we learn not to be governed by other hurtful narcissist human beings.

It was a wonderful privilege to be able to research and write this book as the leaders and people of Yarrabah Aboriginal community near Cairns took me into their hearts and confidence to share the pain of the past and their hopes for the future.

I was able to write it at incredible timing—on the cusp of the change from the discriminatory Queensland Aborigines Act 1971–79 to the Community Services (Aborigines) Act 1984 which gave elected Aboriginal councils limited freedom to run their communities. For nearly 100 years, i.e. since 1897, Aborigines had been living under oppressive legislation designed originally to protect them from the ravages of white society including outright slaughter, poisoning of flour and waterholes, kidnapping to work on ships, child labour etc. The Aboriginals Protection and Restriction of the Sale of Opium Act 1897, which continued through some changes and in 1984 was the Queensland Aborigines Act, allowed Aborigines to be rounded up, put on reserves, and live under segregation similar to the apartheid regime in South Africa with its permit system.

Although the Racial Discrimination Act 1975 was enacted by the Australian Government, the Queensland Government refused to comply with Australia’s international human rights commitments and the federal legislation. Finally in 1984, the Queensland Government passed the Community Services (Aborigines) Act which gave a measure of local government to Aboriginal reserves who were thereafter called communities. Amendments were made to the Land Act so that the Aboriginal councils could hold the land in trust for the communities giving communal ownership. This was a big step forward as well though it fell short of land rights legislation that was finally enacted in Queensland in 1991 and the native title legislation enacted federally in 1993 after the Mabo decision.

Previous to the Land Act (Aboriginal and Islander Land Grants) Amendment Act 1984 or (DOGIT), which is examined in detail in this book, Aborigines were not allowed to own land in Queensland as the reserves were considered crown land. The human rights infringements of the outgoing and incoming legislation in 1984 was examined and the horrifying situation of Queensland Aboriginal communities exposed.

So at Yarrabah, and for Queensland former Aboriginal reserves, 1984 was a life-changing moment. That’s why this book is so important. So hot was it at the time that the Human Rights Commission, for which it was originally written, did not publish it until March 1986, just before they wound up. It was too controversial to federal-state politics to release it sooner. The Commission did use my paper to prepare its own report on the Community Services (Aborigines) Act (Report No. 9).

However, I do not leave it there. The last chapter, ‘Thirty Years On’, covers the changes nationally and in Yarrabah over the last thirty years that have led to the situation today re segregation, local or self-government, land rights and native title. I think it is particularly interesting that Chairman of the Yarrabah Council, Percy Neal, was progressing a native title test case for Yarrabah concurrently with the Mabo case until the Queensland Government targeted him and he was jailed for two months after confronting the white store manager and asking him to leave the community. The names Neal and Yarrabah could have been as well known as Mabo and Murray Island (Mer). 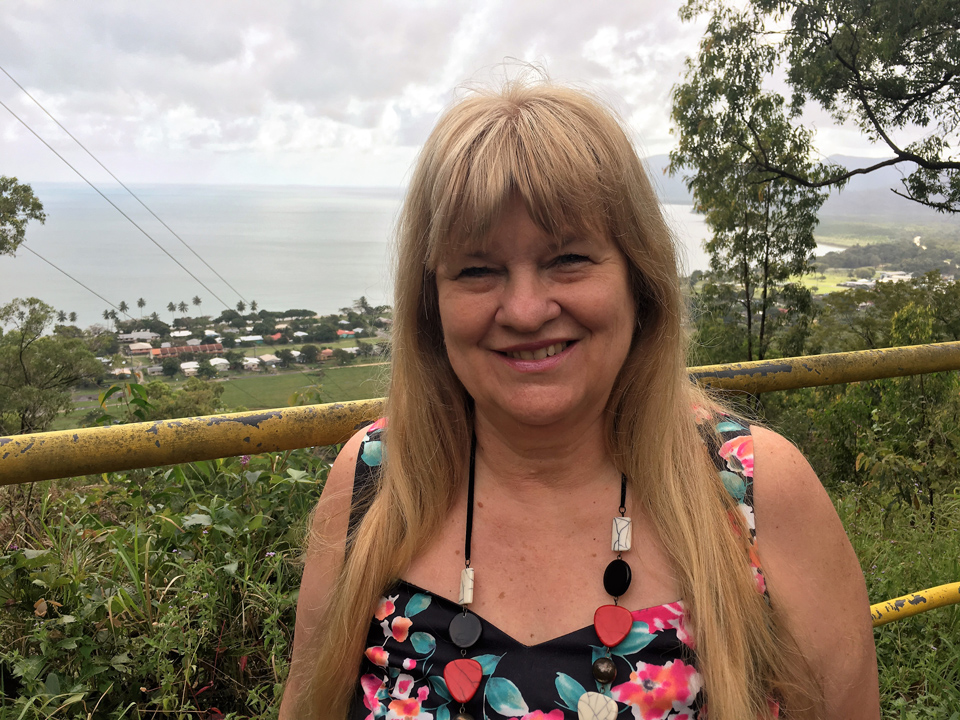 Barbara Joyce Miller, historian, researcher and sociologist, co-founded, with her husband Norman, the Centre for International Reconciliation and Peace in 1996. She has been recognized by Worldwide Who’s Who for showing dedication, leadership and excellence in humanitarian affairs. She lives in Cairns, Australia, with her husband Norman and son Michael.

Barbara is very passionate about Aboriginal advancement and liaises with religious and other communities worldwide through the Centre for International Reconciliation and Peace, which provides services focused on healing the wounds of history and reconciliation between people groups. With her husband, Norman, she pastors the Tabernacle of David congregation and she leads groups of Australians to Israel for Christian conferences and prayer tours. Barbara has forty years of professional experience not only in Aboriginal affairs, but also as a psychologist and mediator. She has her own business—Mediation Works Qld—and is an expert in mediating workplace and large-scale community disputes and family-law matters. Barbara is a motivated, inspiring teacher and counsellor who holds a postgraduate degree in sociology and a Bachelor of Arts with honours in psychology.

As a social justice campaigner, she helped the Mapoon people move back to their land.  In the 90s, Barbara served as the CEO of the Aboriginal Coordinating Council through which she lobbied state and federal governments and wrote reports on topics such as native title, Indigenous resource management, local government, human rights, crime prevention in Aboriginal communities, health and deaths in custody. She has also authored various books and articles, including a book titled William Cooper, Gentle Warrior: Standing Up for Australian Aborigines and Persecuted Jews, 2012 and The European Quest to Find Terra Australis Incognita: Quiros, Torres and Janszoon, 2014.

Video review of the Dying Days of Segregation in Australia