Hi all you wonderful readers – I usually only send out one newsletter a month but as there is an international book summit in early June you may be interested in, I will send some info on that shortly. There may be aspiring authors reading this who want to enter the self-publishing milieu or seasoned authors who’d like some tips from experts in the field. I’m privileged to be one of the many contributors with a session on writing memoirs.

Kindle Customer Review
5.0 out of 5 stars A fascinating read.
Reviewed in Australia on March 18, 2022
Verified Purchase
Just finished reading this book. Couldn’t put it down. To see people’s names in it that I know was amazing.
So glad it had a happy ending & people came home. The community is going from strength to strength now. A new church opened recently. The Rugapayn store is being run by locals and is due to be upgraded. I miss being there.Find the book HERE
Secrets and Lies: The Shocking Truth of Recent Australian Aboriginal History, A Memoir
Amazon Customer

5.0 out of 5 stars Important History lesson!!
Reviewed in the United States on January 17, 2022
Verified Purchase

As an American, I learned something new from this book. Either Voice Treaty Truth in Australia or Black Lives Matter in America, this book brings out many eye-opening critical social issues and an opportunity to adapt and change for a better world.

If I Survive: Nazi Germany and the Jews: 100-Year Old Lena Goldstein’s Miracle Story
Review from Amazon
Meera
4.0 out of 5 stars Not a memoir!
Reviewed in the United Kingdom on May 4, 2022
Verified Purchase

This is a hard read, mainly due to the fact that only 1/3 of this book is actually about Lena Goldstein and the rest is a timeline of the atrocities done to the polish Jewish community and what they faced. Hard to read and even harder to stomach. Saddening to see the difficulties and hatred brought on by so many. I applaud this woman for sharing her story and what I did learn of her survival was a large mixture of determination as well as good deeds returning the favour. I hope some people can learn from this.

The Dying Days of Segregation in Australia: Case Study Yarrabah 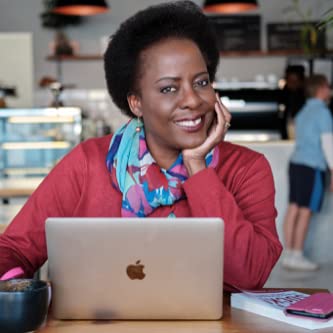 This book resonated a lot with me. As someone that has lived on the African continent all my life (and in South Africa the last 27 years), I could see the parallels with the apartheid regime & the current unresolved land wrangles & struggles of indigenous people on the continent. I kept saying OMG! OMG! this is where these guys here got these crazy ideas of separation from! Gosh! The experiment worked! And now we are still feeling the impact.

I like the way the author, Barbara Miller, has documented the historical progress of the indigenous people in this book. It is definitely a well-researched book and I hope it can be used as a history book in schools around the world. It has certainly given me hope in humanity once again.

Left – Barbara delivering her books to a bookshop in Port Douglas

Right – Munganbana Norman Miller presenting a canvas painting to Aviva Wolff of the Sydney Jewish Museum at the earlier launch of Barbara’s White Australia Has A Black History book. The canvas is a replica of the cover of Barbara’s first book William Cooper Gentle Warrior.

White Australia Has A Black History: William Cooper And First Nations Peoples’ Political Activism
PAR
5.0 out of 5 stars A Must Read for All Not Just Australians!
Reviewed in the United States on January 19, 2022

First let me begin by saying that I am of Native heritage, so I perhaps took a look at this novel in a different light than others, but perhaps not. As I read this novel, I often felt tears, and silent sobs, I read the struggle and thought there are so many of us around this world who are struggling yet today to be heard. This novel was written with such feeling, and honesty, a living history, not just facts, and liturgy, but her words breathed the life into what was and what is! Barbara Miller is a gifted author who has found her passion and has invited along for the journey, to learn, to grow, and to look at our own selves, and our countries history, what have we done? What have we left undone? What is the next step that can be taken? Shortly our world will be recalling International Holocaust Remembrance Day. We have children who have never heard of the Holocaust and there were so many disseminations in so many countries. Thank You Ms Miller for teaching us all a lesson, by reminding us of the history of what was!

5.0 out of 5 stars Actions to Words
Reviewed in the United States on March 25
Verified Purchase

…The response of the indigenous people of Australia to Germany’s injustices and outright attempts of annihilating the Jews in Germany during the Nazi regime is reminiscent of the 1960s in America when the African-Americans were fighting for equality.

Added to the amazing actions of the Aborigines, as wonderfully disclosed to the reader in this book, is that they themselves did not enjoy their own personal freedoms in Australia. However, they were fighting for the rights, indeed the lives of others. Recognition for the native people of Australia wasn’t realized until decades later…

Shattered Lives Broken Dreams: William Cooper and Australian Aborigines Protest Holocaust Number 2 by Barbara Miller is a comprehensive, motivational and inspirational narrative that captures the actions of standing up to the inhuman treatment of others. Added to the education and study of this extensive chronicled period of time is the inclusion of memorable photographs. The combination makes for a remarkable reflection of this dynamic time period.

The author has gifted the reader with an incredible and exhaustive work that captures the spirit of the protest as well as the burning heart of the movement’s leader William Cooper.

Question – WhO IS YOUR FAVOURITE AUTHOR AND WHY? Let me know  via email 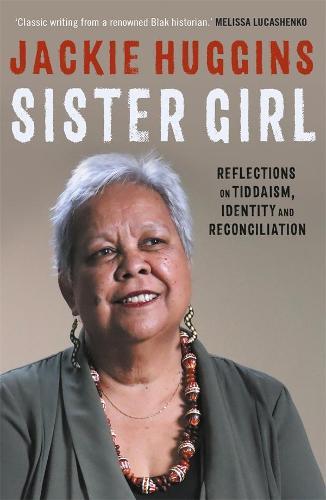 BOOK OF THE MONTH FEATURE
Sister Girl: Reflections on Tiddaism, Identity and Reconciliation (New Edition)
By Jackie Huggins
Book description
“The pieces in this seminal collection represent almost four decades of writing by historian and activist Jackie Huggins. These essays, speeches and interviews combine both the public and the personal in a bold trajectory tracing one Murri woman’s journey towards self-discovery and human understanding. As a widely respected cultural educator and analyst, Huggins offers an Aboriginal view of the history, values and struggles of Indigenous people.

Sister Girl reflects on many important and timely topics, including identity, activism, leadership and reconciliation. It challenges accepted notions of the appropriateness of mainstream feminism in Aboriginal society and of white historians writing Indigenous history. Jackie Huggins’ words, then and now, offer wisdom, urgency and hope.”
Check it out HERE