Announcement My new book Secrets and Lies: The Shocking Truth About Recent Aboriginal History, A Memoir, is available for pre-order on Amazon for the special price of 99c US as an ebook. It will be launched on 3 July and will stay at 99c for a few more days. The print book will be available shortly after. Here is the link – https://www.amazon.com/dp/B095SDW3LY

I would love some reviews on Amazon please and for you to share about it on social media. It has had a lot of pre-orders already and so has been no 1 new release in a lot of categories – Civil Law, Public Law, Constitutional Law Discrimination, International Treaties, Sociology of Race Relations, Civil Rights, Australian and NZ History, Australian and Oceanian Politics, Study and Teaching and Education Reference.

This review came in today from Self Publishing Review – This passionate and deeply researched book shines a light on what Aboriginal really means. The author’s unique style of gonzo journalism is fascinating, and illustrates the power of on-the-ground reporting. Despite it being a work of history, this story feels incredibly timely, given the ongoing political battles for First Nation rights in other parts of the globe. All told, Secrets and Lies is an eye-opening and fearless reflection on a vital topic.

Norman made a large hand for me to promote my book and I am standing with it in his art gallery.

This recent book by NSW Senator Andrew Bragg may be a gamechanger for Liberal party attitudes to the Uluru Statement from the Heart and the possibility of the enshrinement of an Indigenous Voice in the Australian constitution. Here is and excerpt from his speech to the Sydney Institue.

Buraadja: The liberal case for national reconciliation
by Andrew Bragg

The title of this book is “tomorrow” in the Dhurga language of the Yuin people – Buraadja is about the type of country we want to be tomorrow.

The question is, why write a book on the history of liberalism and Indigenous affairs?

The answer is that the issues facing Indigenous people are serious and often intractable and there is a question mark over the nation whilstever we live with “the gap”.

I believe “the gap” is the modern consequence of the “Great Australian Silence” coined to describe the nation’s blind spot on Indigenous matters by anthropologist Bill Stanner in 1968.

As I said in my First Speech to the Senate, it is the nation’s unfinished business.

What I wanted to do tonight was set out the key liberal arguments for delivering on the Uluru Statement from the Heart.

Before I do that, I must acknowledge the support of my colleagues for this project. It’s important that people know the Liberal Party is still the big tent. I have been encouraged even by people who don’t agree with this agenda to write.

The book has a generous foreword from the Prime Minister who said:

“… for over two centuries we have perpetuated and suffered from an ingrained way of thinking, and that is the belief we know better than our Indigenous peoples. We don’t. We also thought we understood the problems facing Indigenous Australians better than they did. We don’t.”

Innovation and leadership on Indigenous affairs has been a thread of Australian liberalism. It has always been there. Indeed, Billy Wentworth was effectively arguing for a voice to parliament in the 1960s.

Harold Holt delivered the historic 1967 referendum to arm the national government with power to legislate for Indigenous people and to be included in the census.

Sadly too many of us remember him for his death, not for this achievement which his predecessor (and probably his successor) was not prepared to provide.

Had he not disappeared, I believe our collective memory would place the referendum at the top of the Holt recollection pile. Scant detail exists on Holt, he never wrote his memoirs and there is just one biography written by the brilliant Professor Tom Frame.

Malcolm Fraser delivered land rights laws which have led to the bulk of the Northern Territory now being under the control of the original owners.

The Fraser era was not an era of economic reform but it was impeccable on liberal values: a fair deal for Indigenous people and a strong humanitarian approach on Vietnam and South Africa.

The thread bloomed during this period. I interviewed all three Fraser Ministers for Aboriginal affairs – Ian Viner, Peter Baume and Fred Chaney. They all say that Fraser was instrumental in delivering land rights in the face of enormous opposition from the pastoral and mining sector and the Northern Territory Government.

Yet the nation remembers Gough Whitlam pouring the red dirt into the hands of Vincent Lingiari. We don’t give Fraser enough credit for forcing through the first Land Rights system in Australia.

The renowned Indigenous leader Charles Perkins described Malcolm Fraser as the best leader on Indigenous affairs in his lifetime. He said Fraser was “A1”.

Our Prime Minister Scott Morrison has presided over the radical overhaul of the closing the gap targets in collaboration with the Coalition of the Peaks. I am sure this will be a historically significant contribution.

The PM has ensured this critical reform agenda designed to boost education, health and economic participation is now “co-designed” with the appropriate input from the community itself.

He kept his commitment and funded the Voice co-design process which is underway through Ken Wyatt’s department. We are pursuing a Voice and we maintain our commitment to constitutional recognition.

“What a way to start the year!!! A phone call from our Prime Minister to say that we are “One and Free”! Thank you!!!”

The process of writing this book has also brought out comments from other leaders.

Indigenous Australians Minister Ken Wyatt said: “It is a contribution and a call to action for us all. And this is what we need to help not only progress on reconciliation but the debate around recognition..”

REVIEW FEATURE
Authors depend on reviews so I help other authors out with reviews when I can so I have decided to feature a few occasionally in case you’re interested. They are usually inexpensive and quick to read as ebooks on amazon.

Bold, Brave & Brilliant: 12 life lessons to cultivate mental strength and emotional resilience by Emma Loveday
While I didn’t agree with everything, there is a huge amount of useful information in this book from a writer who had social anxiety for 15 years and has successfully come out the other end to be able to help others. Each chapter starts with one of Emma’s colourful drawings which has helped her. Her key points are not to avoid pain in life which is inevitable and not to avoid failure because you can learn from your mistakes. She describes herself as the Queen of Trying. She talks about resilience and tolerating hardship, challenging your negative thoughts, not being a perfectionist, dealing with heartbreak, being vulnerable and adaptable and removing emotional roadblocks. She says everything worth fighting for involves a struggle and we need to prioritize so we are not overwhelmed. Much good advice. Reviewed by B Miller 17 May 21
https://www.amazon.com.au/dp/B094XTXPHY/

Blame It On ‘Nam – How Education Became Indoctrination and what You can do about it: Become a critical thinking decision maker and advocate by Thomas Rowley, PhD
The author discusses the failure of the public education system in the USA to educate students in critical thinking and problem-solving skills. As an educator, he speaks from first-hand experience. He believes that the Vietnam War is one of the reasons for this. I won’t spoil your read by saying why. He is worried that many students and leaders in government, industry and education won’t listen to arguments that challenge their points of view. He discusses the effects of the pandemic and generational issues and is concerned re illiberalism. He recommends a plan of action and advocacy to deal with the issues raised. Reviewed by B Miller 20 June 21
https://www.amazon.com/Blame-Nam-Education-Indoctrination-critical-ebook/dp/B0971KXDJ3/

My comment – Australians who have an eye on the media will know that Bruce Pascoe’s book Dark Emu that came out in 2014 has sold half a million copies, won him some literary prizes, led to a number of children’s books and study books for schools, led to a university professorship and generally made him famous. There has been little criticism until recently and now a new book by Sutton and Walshe has come out to specifically refute its argument that Australian Aborigines lived in villages of up to 1,000 people and were farmers not hunter-gatherers. There have also been doubts raised about his Aboriginality by others.

I read Dark Emu last year so have not refreshed myself on it. However, I thought at the time that the arguments were flimsy and stretched the point a lot. I have not read Sutton and Walshe’s book but know of Sutton’s good standing for his anthropological work at Aurukun in North Queensland.

Re Bruce Pascoe’s Aboriginality, just because someone is fair, does not mean they have no Aboriginal heritage. The long-accepted definition of an Aboriginal in Australia is someone who identifies as Aboriginal and is accepted as such by their community. So it is a personal plus community matter. I oppose any suggestion of having a national register of who is an Aboriginal. I don’t want to go back to the days of the late 1970’s in Queensland where the Bjelke-Petersen government wanted the government to define who is an Aboriginal. 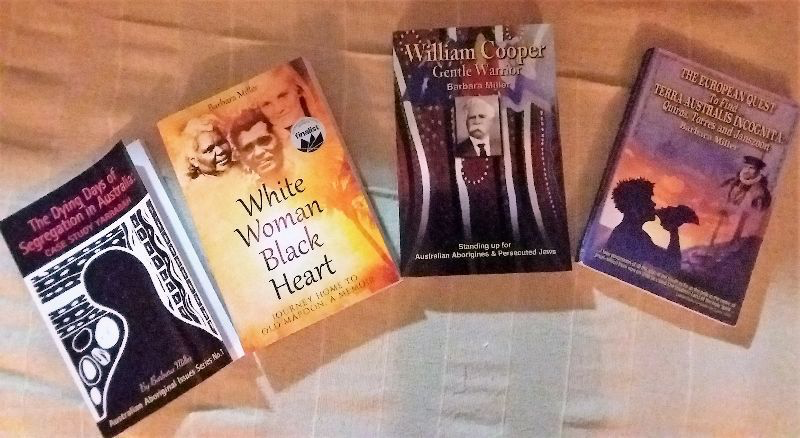