Hi all you wonderful readers – No doubt some of you are still on holidays and some are back to the grind. No! Not the grind – an exciting new year full of lots of opportunities and adventures

This is a highly engaging and inspiring memoir. At its centre is the story of Mapoon which has all the elements of a great drama with the violent expulsion of the community in 1963 and their triumphant return eleven years later. As the author explains she came almost by chance to be at the very centre of the drama which in turn dramatically changed her life. This book is essential reading for anyone interested in political and social change over the last 50 years.
Professor Henry Reynolds,FAHA FASSA University of Tasmania, eminent historian and award-winning author
Check it out as it is only $2.99 US for the ebook https://www.amazon.com/dp-B07CCMV6CP/

We have two very important anniversaries coming up which we should remember because of the gravity of the inhumanity to man shown at each. On 20 January, we have the 80th anniversary of the Wansee conference when Nazi leaders developed the Final Solution to expedite the genocide of European Jews. This horrific story is told in both the above books, If I Surviveabout a Polish Shoah (Holocaust) survivor and Shattered Lives Broken Dreamsabout Aboriginal William Cooper who led the Australian Aborigines’ League on the protest re Kristallnacht to the German consulate in Melbourne in 1938. Both books can be found on my website with amazon links for ebooks.

The other anniversary is on  27 January, the 77th anniversary of the liberation of the Nazi German concentration and extermination camp of Auschwitz-Birkenau. In November 2005, it was declared International Day of Commemoration in Memory of the Victims of the Holocaust by the United Nations General Assembly. On this annual day of commemoration, the UN urges every member state to honor the six million Jewish victims of the Holocaust and millions of other victims of Nazism and to develop educational programs to help prevent future genocides.

P 55 “Using bullets to kill Jews was not quick enough, used too much manpower and rattled some who had to do it. A conference was held to plan Hitler’s Final Solution on 20 January 1942, at Wannsee, a suburb of Berlin. Head of the Reich Security Main Office (RSHA), SS General Reinhard Heydrich, ran the meeting. Adolf Eichmann wrote the protocols, which included the words “transportation to the East”, a euphemism for the genocide of Europe’s Jews, who numbered about eleven million at the time. Josef Bühler, State Secretary of the General Government of occupied Poland, asked for the Final Solution to occur in Poland because transportation was not a problem. About 1,700,000 Jews were killed in Operation Reinhard.

Aktion (Action) Reinhard was the name given to the plan to send Jews to their deaths at Treblinka, and the other extermination camps built in Poland – Belzec and Sobibor. According to the Central Commission for Investigation of German Crimes in Poland, a fourth death camp had already opened at Chelmno, today’s Poland. The Nazis gassed the first Jews there in mobile vans on 8 December 1941. (Scapbookpages.com 1998) 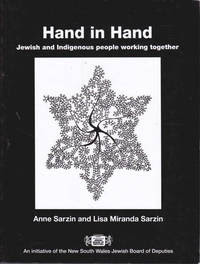 Anne Sarzin and Lisa Miranda Sarzin wrote Hand in Hand: Jewish and Indigenous People Working Together as a project for the Jewish Board of Deputies (JBD) NSW who published it in 2010. While more stories could be added to it now, it is the most comprehensive, valuable, and inspiring book available on this important topic. The book has a focus on working together for reconciliation and justice.

For NAIDOC Week 2021, the JBD began a digital portal to build on the book. As their website says:

“The portal will provide a comprehensive overview of the Jewish-First Nations relationship in NSW and an inspiration to local Jews and others to continue and take part in the journey. This digital portal will expand on the Sarzins’ work and document the history; highlight key personalities and personal stories; catalogue collaborative work being done today and offer opportunities to get involved in it; present the work of the NSW Jewish Board of Deputies, and give access to important resources from other organisations.

“Here are just a few of the collaborations which will be featured on the portal: 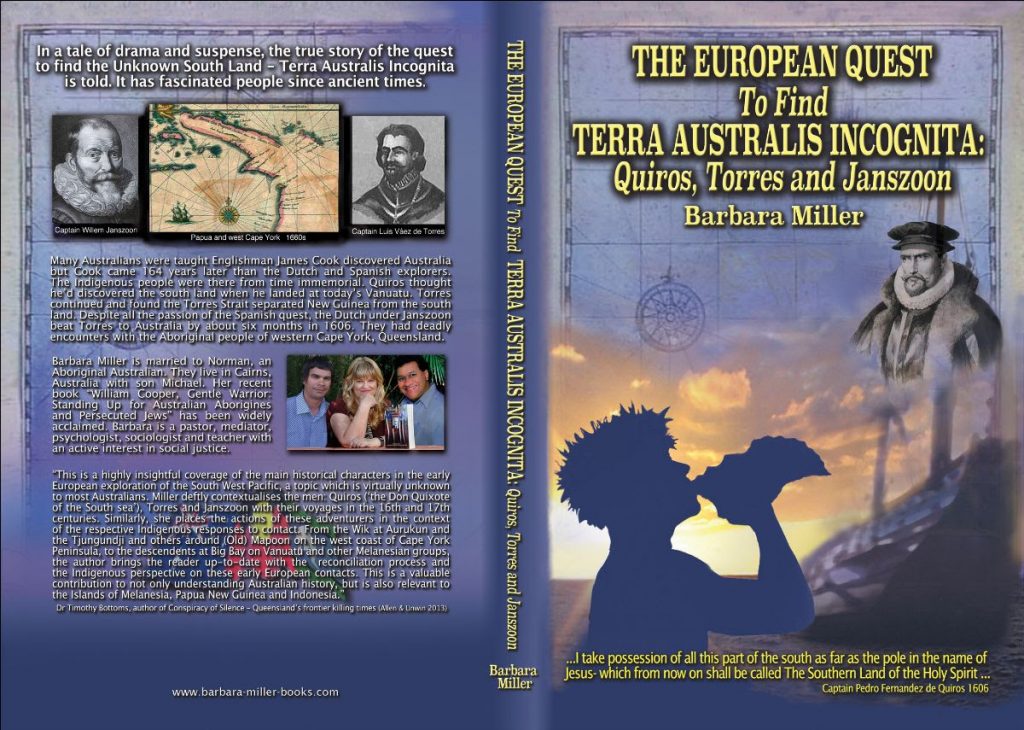 I published  European Quest in 2014 and it is only available for sale through my website but I will soon upload it on Amazon. It is the fascinating story of Pedro Ferdinand de Quiros, a Portuguese explorer under the command of the King of Spain who had a great desire to find the large unknown land that he and others believed filled the gap between South America and South Africa and balanced the norther and southern hemispheres. He travelled through the south pacific and encountered Indigenous people along the way, landing on Vanuatu in 1606 and then was forced back. His second in command, Torres continued on and alerted Europeans to a strait between New Guinea and the land to the south. However, he was beaten by 6 months by Dutchman Janszoon who was the first European to set foot on Australia.

I am also writing a new book that will focus on this story from a Christian point of view as there is a huge interest in Australia and the Pacific that de Quiros, a devout Catholic, prophecied “the south land of the Holy Spirit over the Pacific from Vanuatu to the South Pole. The island in Vanuatu where he made his declaration from is called Espiritu Santo or Holy Spirit in Spanish and they believe they are the custodians of this prophecy.

Norman and I were asked to speak at the Vanuatu Prayer Assembly in 2012 and 2013 and we went to the very place where de Quiros made this declaration and met with villagers there. Quiros made it on May 14 1606 which was Pentecost or Shavuot and so the villagers celebrate it each year and also celebrate the birth of the modern state of Israel on May 14. How amazing! So much more to tell.