Hi all you wonderful readers – May you enjoy some time out with family and friends and find time for some interesting reading. It’s time to take a break and refresh ourselves for the new year which is so close now.
The photo on the left is of the Hanukkah menorah and Christmas tree standing side by side on the Cairns Esplanade where I live. On the right, I’m checking out a bookshop. 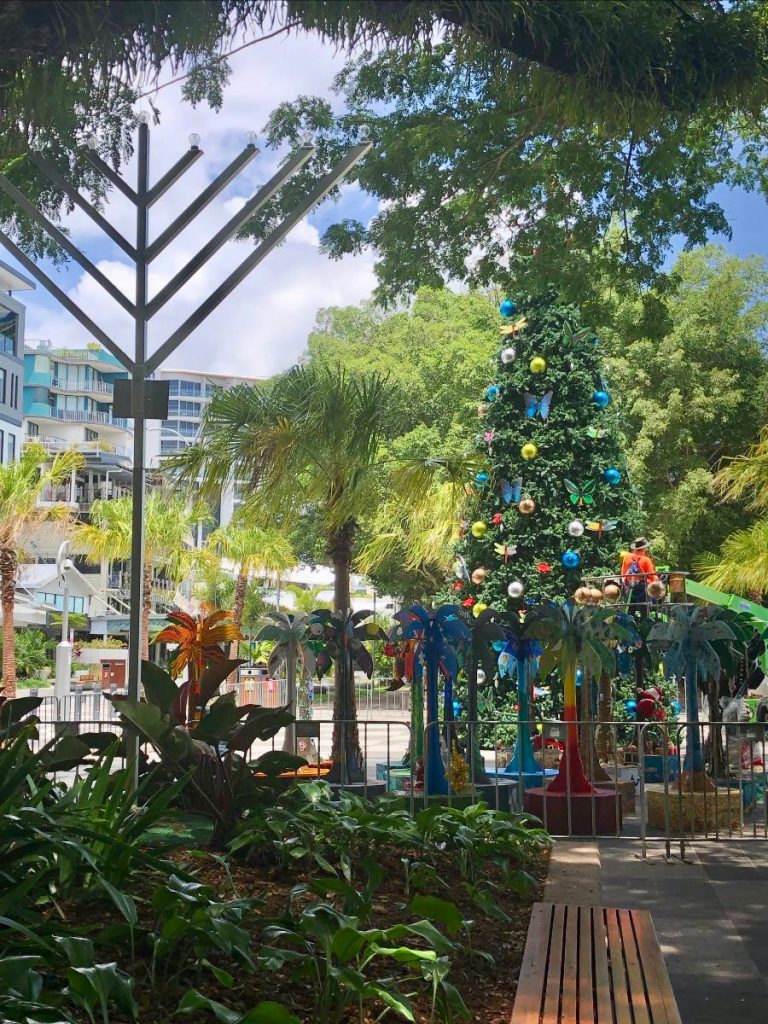 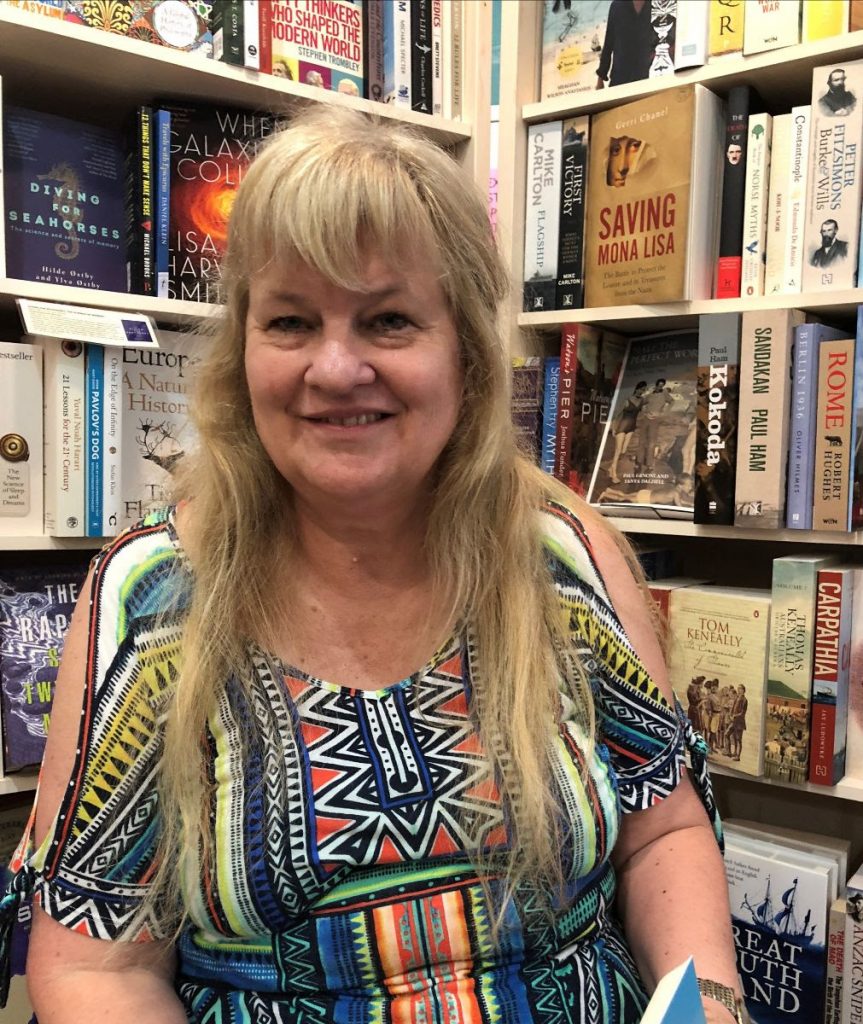 Reviewed in the United States on November 30, 2021
As an individual of native heritage in another country, I perhaps read this novel in a more aggressive manner, looking for perhaps bias of the White woman writing “our” history and
Thinking she really knew what way. I did not find that at all. I felt she wrote from the voice of the people. She was able to share their pain, their distress, and their loss. I highly recommend this novel for anyone of any country, as our stories are very similar. The story of the first people, and what happened to us when another people decided that they wanted to take what was ours and makes it theirs. Then telling us we needed to become them. Taking away our heritage, telling us to act like them, but when we did they put us on the lowest rung of their system. I recommend this novel and would read more novels by this author. I received this novel in advance. I choose to write a review for this novel and the opinions here are my own.

BOOK LAUNCH OF “SECRETS AND LIES”

Thanks to all the wonderful people from around the world who spoke at and attended the book launch of my latest book. What an interesting time! We had a special appearance by Lex Wotton who is in the book. He spoke about the death in custody at Palm Island and the riot that followed and his jailing over the riot. Others who spoke were my editor from England, reviewers of my book from South Africa, the USA and Australia including a lawyer for the Mabo case Greg McIntyre, readers from Malaysia and Australia, David Jack who prepares the photos for my books, and my wonderful husband Norman who wrote the foreword and facilitates my time to write.

This book has been no 1 best seller in Public Law on Amazon Australia for about 2 weeks. Here is the US link which will take you to the AU link – https://www.amazon.com/dp/B095SDW3LY 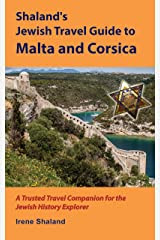 This is my review of “Shaland’s Jewish Travel Guide to Malta and Corsica.”

“Shaland’s Jewish Travel Guide to Malta and Corsica” is a masterpiece in bringing to light the unknown history and rich cultural treasures of Malta and Corsica which are situated in the beautiful Mediterranean Sea but off the beaten track for most tourists.

Author Irene Shaland’s experience as an art and travel writer, educator, and theatre reviewer brings a richness and depth not normally found in travel guides. Her husband, Alex, an internationally-acclaimed photographer has contributed a huge number of amazing photos that bring the story to life.

And this is much more than a travel guide. It also opens the door on the Jewish story of Malta and Corsica. As Jewish migrants from Russia to the USA, they bring unique insights to this travel guide.

Many gems of information for the curious are revealed like the first alphabet, the temples built well before the pyramids of Egypt, and much more, but you need to read it to find out. You will be surprised at how pivotal these two small islands were in the history of Europe. When you pick this book up, you’ll not be able to put it down.

Even if you don’t plan to travel there, you’ll be carried along as Irene’s skills as a detective and researcher draw you into this amazing story.” –Barbara Miller, an author of ten books,  a psychologist, sociologist, historian and activist.

If your Amazon account is in the US (www.amazon.com), please follow one of the links below to take a look at the paperback or eBook edition of Irene’s book:

INTERVIEW RE MY CHAPTER IN BOOK “SUCCESS CODE”

I wrote a chapter in this book on “The Power of Vision” and it was based on the principles I followed at a conference Norman and I and our team hosted in Cairns in 2006 where about 3,000 people attended. The link is – https://www.amazon.com/gp/product/B08CKD5GR8/

Question –What is on your reading list for the upcoming holiday? Let me know via email

Hi all you wonderful readers – We have enjoyed the Hanukkah celebrations ending nightfall of 6 Dec and Christmas will soon be upon us. For those who don’t celebrate these seasons, you will no doubt have holidays to look forward to with maybe some indulgent eating and gift-giving nonetheless. Don’t forget to take a book with you on your travels or stay-at-home break. God bless you and your family. I believe God has called me to write and I look forward to the book He has for me next. 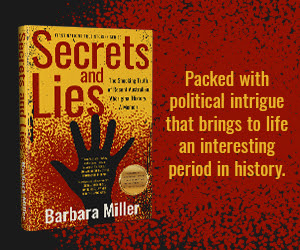 You are invited to a zoom book launch of my book Secrets and Lies on Tuesday 7 December at 12md AEDT i.e. Sydney time and Monday night 6 December 8pm New York time.

This memoire, Secrets and Lies, tells the story of important events in the relationship between the Queensland and Commonwealth Governments and Aboriginal people on Aurukun and Mornington Island and their struggle to maintain control of their lives in the face of paternalism and racism. It does so from the perspective of the author, who had a unique opportunity to observe the events in which Aboriginal leaders participated and recount the conversations which occurred at meetings between community members and with politicians who played key roles in these events along with what was played out in the public arena and recorded in the media.

It paints an intimate picture of the individuals involved and brings to life the impact which actions of Government have had upon them at a personal and structural level. It provides a detailed insight into how a grass-roots activist organisation, the North Queensland Land Council, with a charismatic leader, Mick Miller, was able to operate in a regional, State, national and international arena in its advocacy of self-determination for Aboriginal people.

It traces the history of on-going advocacy of the author for Aboriginal people and the challenges they face through various changes of direction in her personal life. It is a unique and valuable record of the observations and participation of the author in activism which has as its unwavering focus a dedication to the cause of social justice for Indigenous people.

Secrets and Lies – A powerful, hard-hitting yarn, from the grassroots of Cape York community-life through to the necessary development of life-changing political activism on Cape York in the 1970s and 80s.

This is a story which needs to be told and has to be taught, with lessons to learn about what should be done, and how it should (and shouldn’t) be done.

These yarns are at the roots of what still happens today, in this day and age, making it an essential read for anyone who has ties or in an interest, not just in the Cape York landscape, but across all of Government/Aboriginal politics.

A well-written and fascinating contextual read for anyone with a passion for justice for Aboriginal people. 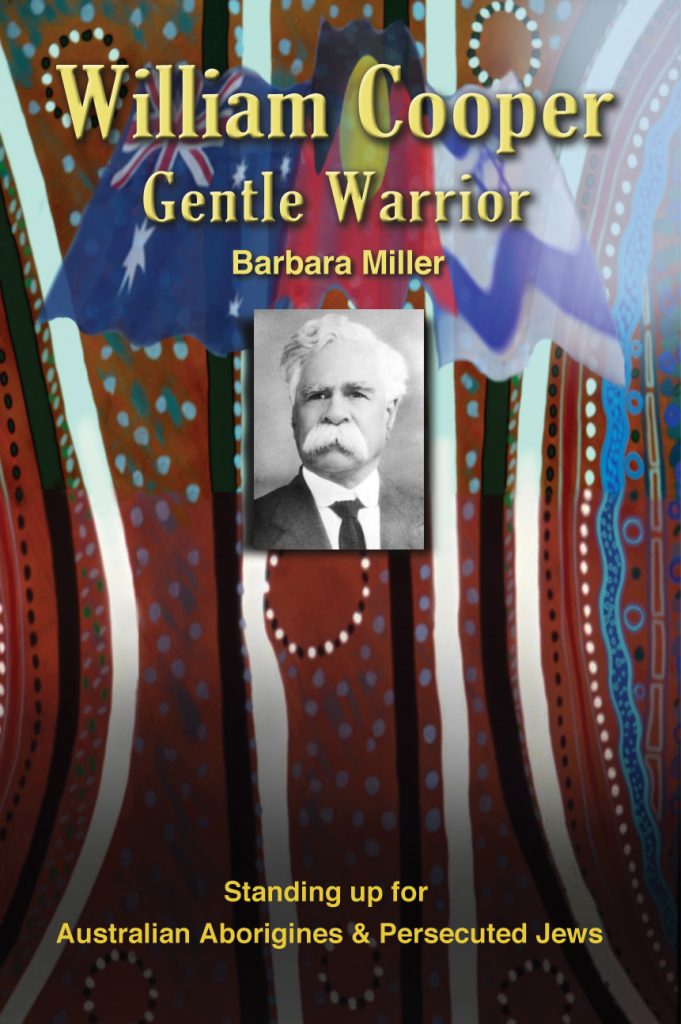 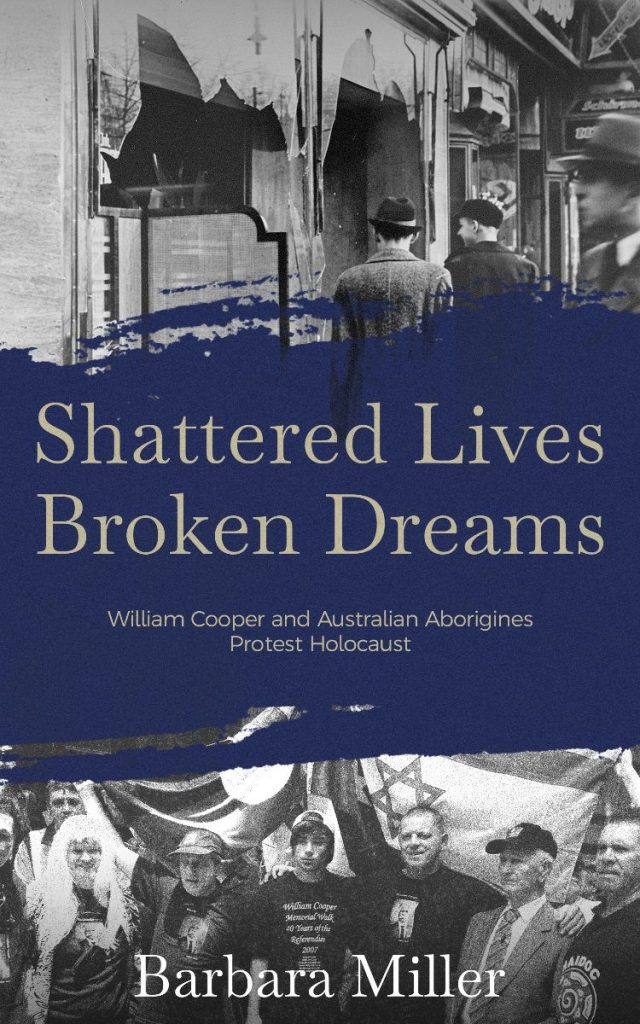 Question – What is on your reading list for the upcoming holiday? Let me know via email