Hi all you wonderful readers – I hope that even if you are busy, you are able to have a little time out to read to refresh you and stimulate you. If you have a favourite book, please tell me about it. Also, what book would you recommend to readers? 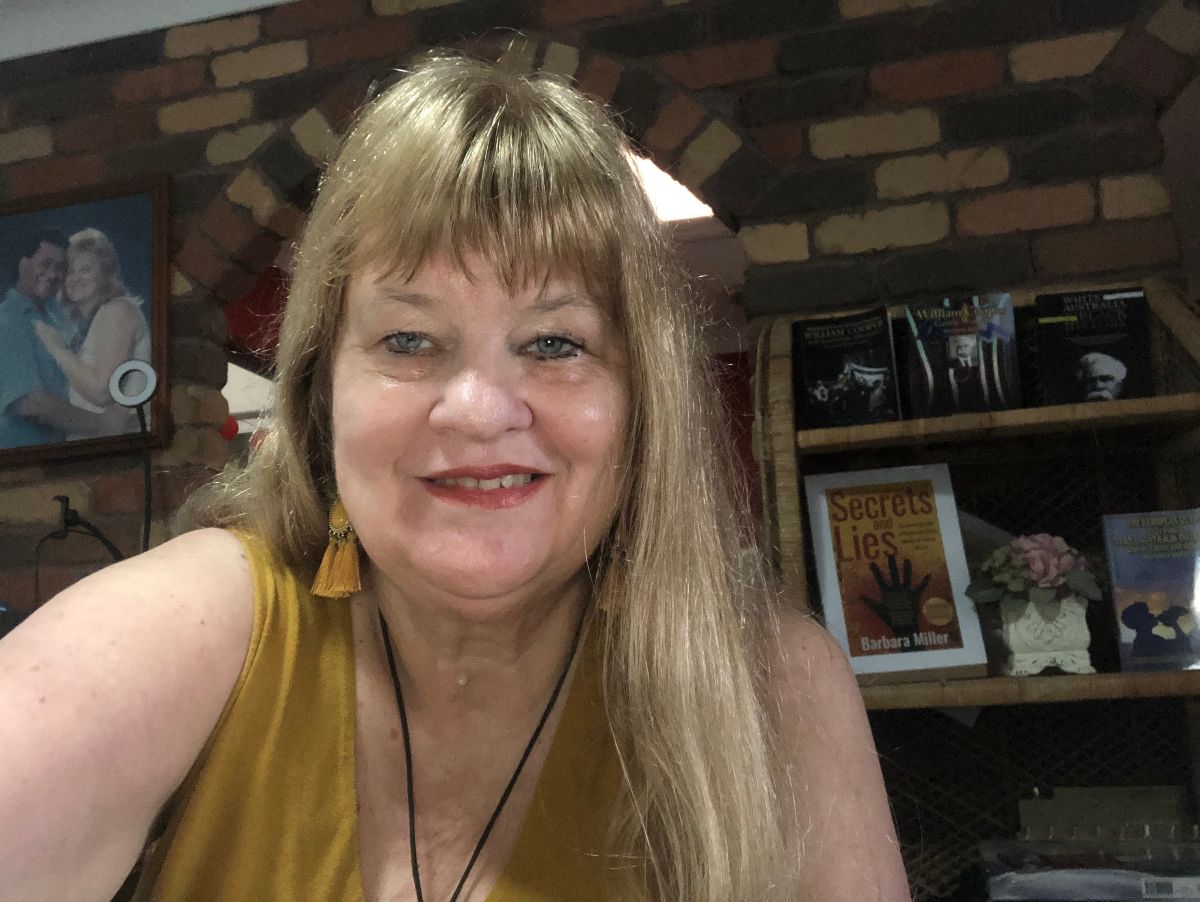 NEW WRITING PROJECT FOR SCHOOLS & ADULTS ON THE HOLOCAUST

Holocaust education is important when there is so much Holocaust denial and distortion out there. Also, this study looks at the causes of antisemitism and what we can do about it. It is suitable for upper primary school and adults and I hope it will be used overseas as well as in Australia. Negotiations of course need to be held with curriculum developers. More information coming out soon. 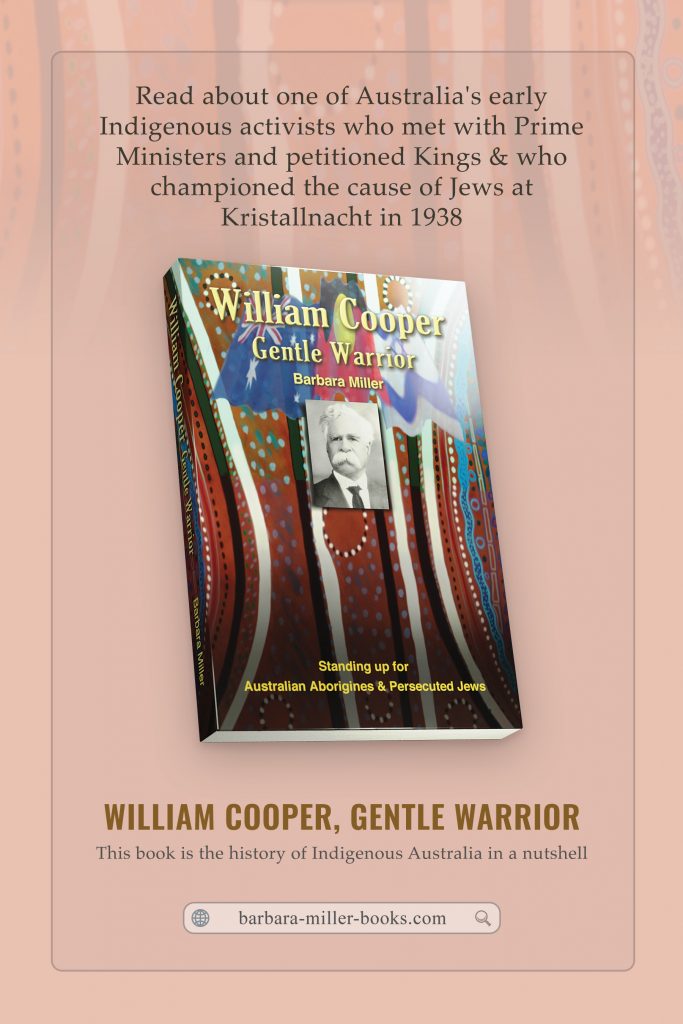 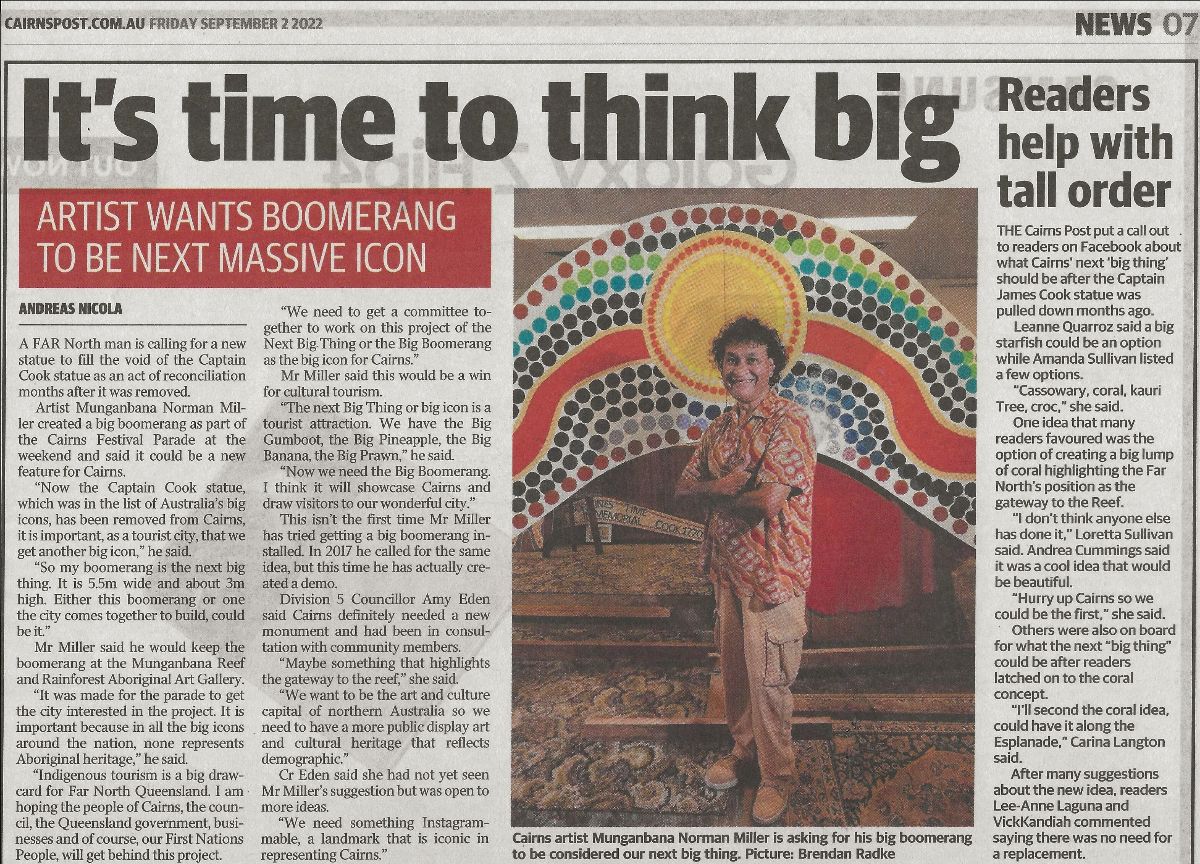 THE BIG BOOMERANG – THE NEXT BIG THING!

Munganbana Norman says – I have a dream of having a Big Boomerang icon for Cairns. To get some community support and publicity, I made a very big boomerang and put it on a float in the Cairns Festival Parade last weekend. Recently, it got some coverage in The Cairns Post and ABC radio Cairns will cover it soon. I hope that this project will get the support of Cairns, especially as it would be the only big icon in Australia expressing Aboriginal heritage.

It has been on my heart since 2017 to have a Big Boomerang icon for Cairns as then I wanted to get a Big Boomerang beside the Capt Cook statue as an act of reconciliation and to showcase our Indigenous heritage. However, the owner was not interested. Recently, James Cook University bought the site on which the statue stood and sold the statue to someone in a nearby town. It was not removed because of cancel culture. Now the Capt Cook statue, which was in the list of Australia’s big icons, has been removed from Cairns, it is important, as a tourist city, that we get another big icon.

So my boomerang is the next big thing. It is 5.5m wide and about 3m high. Either this boomerang or one the city comes together to build, could be it. It is housed in my Munganbana Reef and Rainforest Aboriginal Art Gallery in 33 Lake St Cairns since the Cairns Festival Parade. It is important because in all the big icons around the nation, none represents Aboriginal heritage. Indigenous tourism is a big draw card for Far North Qld.

I am hoping that the people of Cairns, the council, the Qld and federal governments, businesses, and of course our First Nations People will be excited and get behind this project. I have the support of traditional owners. We need to get a committee together to work on this project of the Next Big Thing or the Big Boomerang as the big icon for Cairns.

Many Australian towns have big icons – https://www.australianexplorer.com/australian_big_icons.htm – the Big Gumboot, the Big Pineapple, the Big Banana, the Big Prawn etc. Now we need the Big Boomerang. I think it will showcase Cairns and draw visitors to our wonderful city. We need cultural tourism and we need tourists to COME BACK to our tourist paradise.

WATCH THIS SPACE AS A BOOK ABOUT MUNGANBANA’S JOURNEY WITH BOOMERANGS WILL COME OUT IN THE NEXT 6 MONTHS OR SO!!

IS THERE A LINK BETWEEN AUSTRALIA DAY AND NATIONAL ABORIGINES AND ISLANDERS WEEK (NAIDOC)?

Some of my books are now available in the beautiful Blue Mountains amongst an amazing collection of books by Indigenous writers, including children’s books. The Wiradjuri nation have an outlet in Leura and stock beautiful art as well as literature. See – https://bilingarra.com.au/collections/books-1?page=2

If I Survive: Nazi Germany and the Jews,100-Year-Old Lena Goldstein’s Miracle Story is available here

The Nazis shatter glass and shatter the lives of European Jews at Kristallnacht, the start of the Holocaust. An Australian Aboriginal, William Cooper, leads the campaign for civil rights for his people who are dying of poverty and mistreatment around him. 1938; two worlds, far apart. Cut to the core after Kristallnacht, can he do anything to stop it?
FIND IT HERE 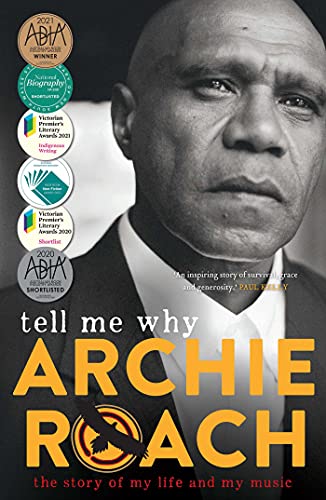 Title of Book – Tell Me Why Review from Amazon

‘Archie’s deeply resonant voice sings out – of a broken country and a life renewed. The voice of Australia.’ — Daniel Browning, ABC journalist and producer

‘Just like his early songs, Tell Me Why was written with empathy as its impetus and that intent shines through on every page. This is a phenomenal work by one of the most articulate and recognisable members of the Stolen Generations. It will be read, studied and discussed for many years to come.’ ― The Australian

‘Roach is honest and humble in his oft-heartbreaking retelling of his search for identity, belonging and purpose’  ― Courier Mail

‘Best book of 2019: Tell Me Why by Archie Roach, a beautifully written autobiography that captures one of the most remarkable lives in Australian music’ ― Weekend Australian

‘Tell Me Why is an extraordinary odyssey and offering. Archie has come through snares, pits and suffering to bring us an inspiring tale of survival, grace and generosity. This book should be in every school.’  — Paul Kelly –This text refers to the paperback edition.

Archie Roach AM, a Gunditjmara and Bundjalung man, was born in Victoria in 1956. Taken at the age of two from parents he never saw again, he was placed into foster care. He started writing songs after meeting his soulmate Ruby Hunter when they were both homeless teenagers. His heartbreaking signature song, ‘Took the Children Away’, from his 1990 ARIA award-winning debut album Charcoal Lane, has become an anthem for the Stolen Generations. The song was the first to win an Australian Human Rights Award and the album was featured in US Rolling Stone magazine’s Top 50 in 1992, won two ARIA awards and went gold in Australia. Archie’s recording history includes twelve albums, soundtracks, film and theatrical scores and his books include the award-winning memoir Tell Me Why, accompanied by a companion album, and the picture book Took the Children Away, illustrated by Ruby Hunter.

Oppressed Aborigines forced off their land at gunpoint. Over a decade later, one passionate young woman would take up their fight…

Barbara Russell, a young woman from a white working-class family. A ruthless Premier Bjelke-Petersen enforcing legal discrimination. How could Barbara stand by and watch the feud of the people with governments and miners strip Australian Aboriginal communities of all they held dear? But what could she do to make a difference? 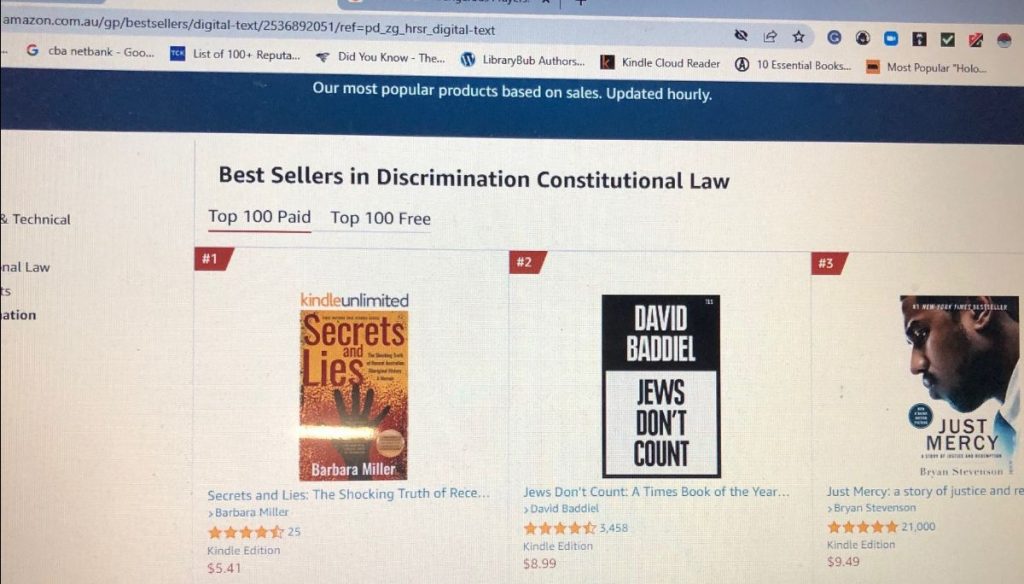 My book Secrets and Lies is often no 1 best seller on Amazon Australia as an ebook in Discrimination Constitutional Law, Public Law and Civil Law – 3 categories.