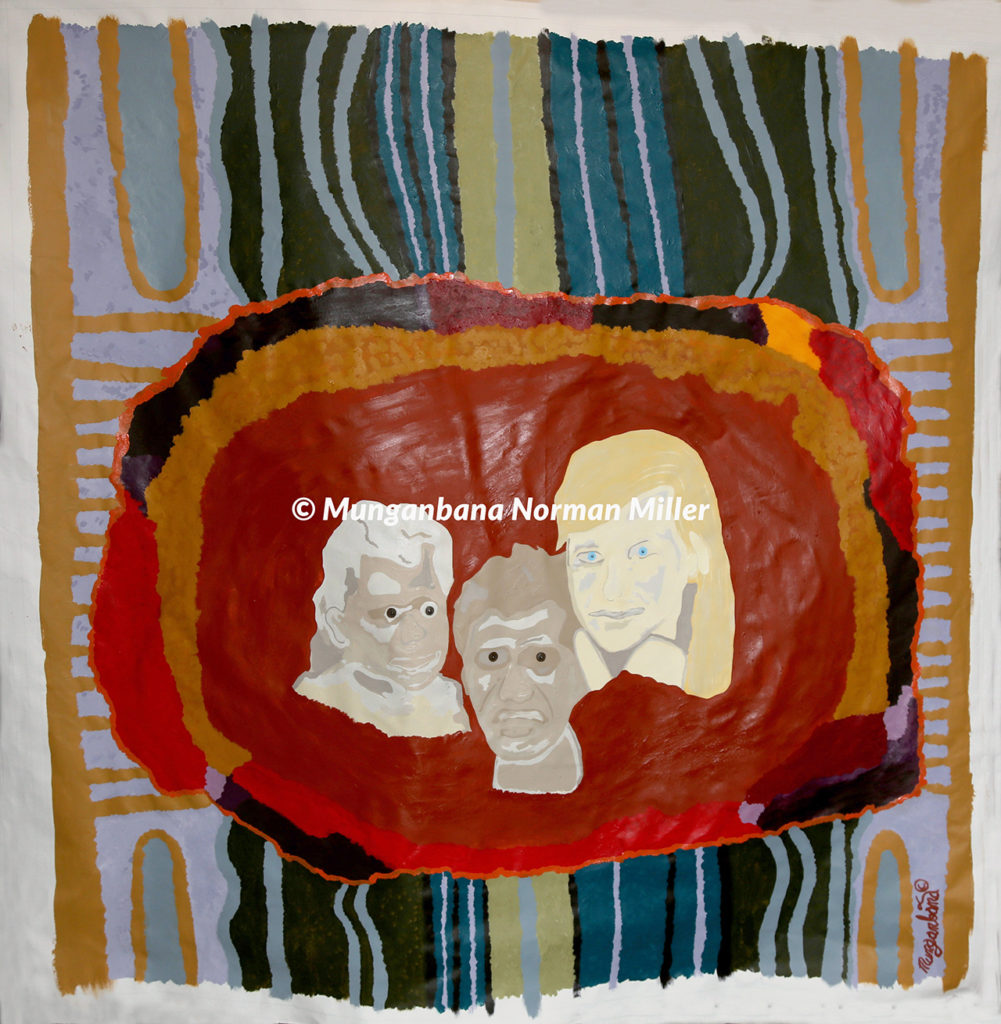 Please head to the contact page if you would like to purchase this special painting by Norman.

His long flowing white beard and hair and bushy eyebrows framed a face with big soulful brown eyes as Aboriginal elder Burnum Burnum looked at her and said, “You may be white but you have a black heart, as you understand my people and feel our heart.’ With these words ringing in her ears, the blue-eyed young blond woman got involved with helping the Aboriginal people of Mapoon north of Weipa move back to their land in 1974. They had been moved off at gunpoint by Queensland government police in 1963 to make way for mining which never occurred. It was a matter of mass kidnapping and arson as their hand-built homes and village were burned down so they wouldn’t return.

The two key Aboriginal people involved in the move back are depicted here with Barbara Miller, the young white woman. The elder on the left is Jean Jimmy who made some money shooting crocodiles to go to the Federal Council for the Advancement of Aboriginal and Torres Strait Islanders (FCAATSI) meetings in Canberra to tell her story which she also wrote down.

The man in the middle is Jerry Hudson, who with his wife Ina, led the move back. He was head stockman at nearby Aurukun and enlisted Barbara to help them move back. They faced much intimidation from the government’s white manager at Weipa South Aboriginal community (now Napranum). Jerry was taken to court for stealing a brumby and Barbara was taken to court for trespassing on Weipa South as the Queensland Aborigines Act was still in operation where permits were required to live on or visit a reserve.

As she brought in support from the outside world and helped the people return, the young white woman found her home as well – as part of an Aboriginal family through marriage. Artist Munganbana, who painted this large canvas, is her husband.